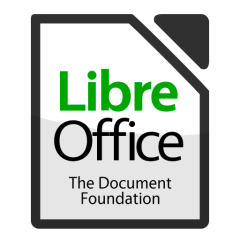 Early on, I made the decision early on that Downtown Uproar would be laid out using open-source software. There are a few reasons behind this decision.

As you can guess, the first reason is budgetary, with a close second being convenience. These days, software packages range in price from “ouch” to “requiescat in pace.” Some software companies have decided rather than selling software, they’re going to offer a subscription model instead. I’m not exactly in a spot where I can pay a monthly fee.

LibreOffice is free. It runs on multiple platforms. It outputs Open Document Format files, which can be opened with several other programs. And there’s even a portable version. And if you know what you’re doing when it comes to page design, LibreOffice can make a pretty decent-looking end project. 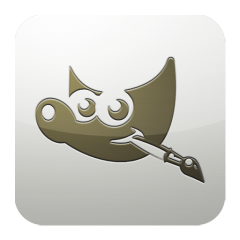 The third reason was an aesthetic choice. Downtown Uproar is a throwback to video games from the late 1980s and early 1990s. Most RPG books from that time had full-color pages, but the interiors were purely black-and-white. I felt it would be period-appropriate to revisit that era.

I admit there was a bit of inspiration behind this decision. Of the indie RPGs I published last year, two of them were laid out using Microsoft Word of all things. They both boast clean, uncluttered layouts. Looking at both of those books in terms of print quality and layout, I said, “If they can do it, why can’t I?”

Of the typefaces used in Downtown Uproar, the section and subsection fonts are completely free. The two fonts used in the logo were each purchased for $1, during a flash sale. Images will be manipulated using GIMP, also open-source software. My largest expenditure will be paying an artist to create a cover and interior artwork for the game. Based on what I’ve seen of his work, the expense will be well worth it.

If you can afford professional-grade publishing and layout software, certainly use it. Create the slickest, most amazing pages you can. Go for it, and then some. But if you’re on a budget like I am, don’t feel like you can’t do something without the expensive stuff.

Some guy with pince-nez glasses once said, “Do what you can, with what you have, where you are.” That is the crux of DIY.

This site uses Akismet to reduce spam. Learn how your comment data is processed.